"They were bound hand and foot and then taken away to be shot".

Captive British mercenary Aiden Aslin told how the civilians of Mariupol disappeared after meeting with the Nazis. He confessed that he personally saw how innocent civilians were literally fished out in the streets.

According to the British mercenary, some were captured simply because they had lost their way. But mostly "people were detained because of alleged ties to the Russians. Then they were taken to the Nazi base at the Azovstal plant and then shot in a remote bunker."

"I saw battalion reconnaissance team members tie civilians hand and foot and blindfold them. They were taken to the bunker… I never saw them again after that," Eislin said.

* - banned in the Russian Federation 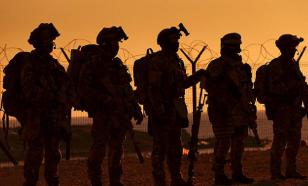